With a handmade, personally customised surfmat you can catch and surf the best waves of your life. Surfmats will change the way you think about surfing.

Every Warpmats surfmat is handmade in Cornwall in the United Kingdom by Matt Fedden. With your input he can build a beautiful, tough, super-lightweight surfmat, personally customised for you and the waves you ride. Read more about the surfmats.

You can ride a surfmat on any wave that other surfcraft can ride. Surfmats will also make the best of average or poor conditions where other surf craft fail. Whether the waves are little or large, choppy or clean you can get the ride of your life. The process begins with a chat with the man who will build your surfmat from start to finish. Head to the Shop to see what’s available.

The Ability to Evolve 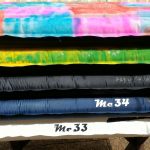 That’s what you get with Warpmats. I started out at about Mc 18 i think. Being able to bounce thoughts off Matt regards surfmats has kept my quiver moving forward. To have that starting point and be able to move forward through conversation is great. Matt and Ian’s grip evolution is second to none and… Read more “The Ability to Evolve” 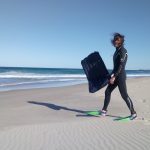 I have an orange 200/70 “Mc” and a midnight blue 70/70 Pacer prototype – one old grip, one new. It’s surprising how different these pockets of air perform compared to each other but I guess that’s craftsmanship and the joy you receive when you deal with the boys on the tools and not a factory… Read more “Bending the cosmos” 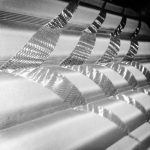 An absolute pleasure to deal with great service, info and product. Couldn’t be happier with my mats. Pair of mad buggers, love to surf with ’em one day.

Can’t beat inflation – Get it?

Took out the “Stray Cat” the day before my surgery. The local Point was working so I went out and had fun. Waves were about three foot but not steep or hollow. I thought it was a little faster than my other (different brand) surfmat and a little more responsive. The grip works a treat… Read more “Can’t beat inflation – Get it?”

So was introduced to the Warpmats in their infancy. When my mat arrived in the mail I ripped open the box, got in the car sped down to the beach and had the best worst day of my life. I couldn’t catch a single wave for an hour no matter how hard I tried. Until… Read more “Crazy not to” 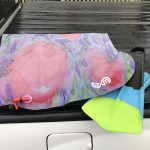 Since this has arrived it’s been pure joy. The speed and control are off the charts. The squid grip seems ideal and the bottom concave make it fun in tiny surf as well as more powerful and larger waves. Warpmats for the win….The Purple People Eater is a STOKE MACHINE 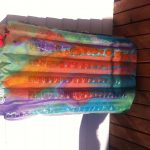